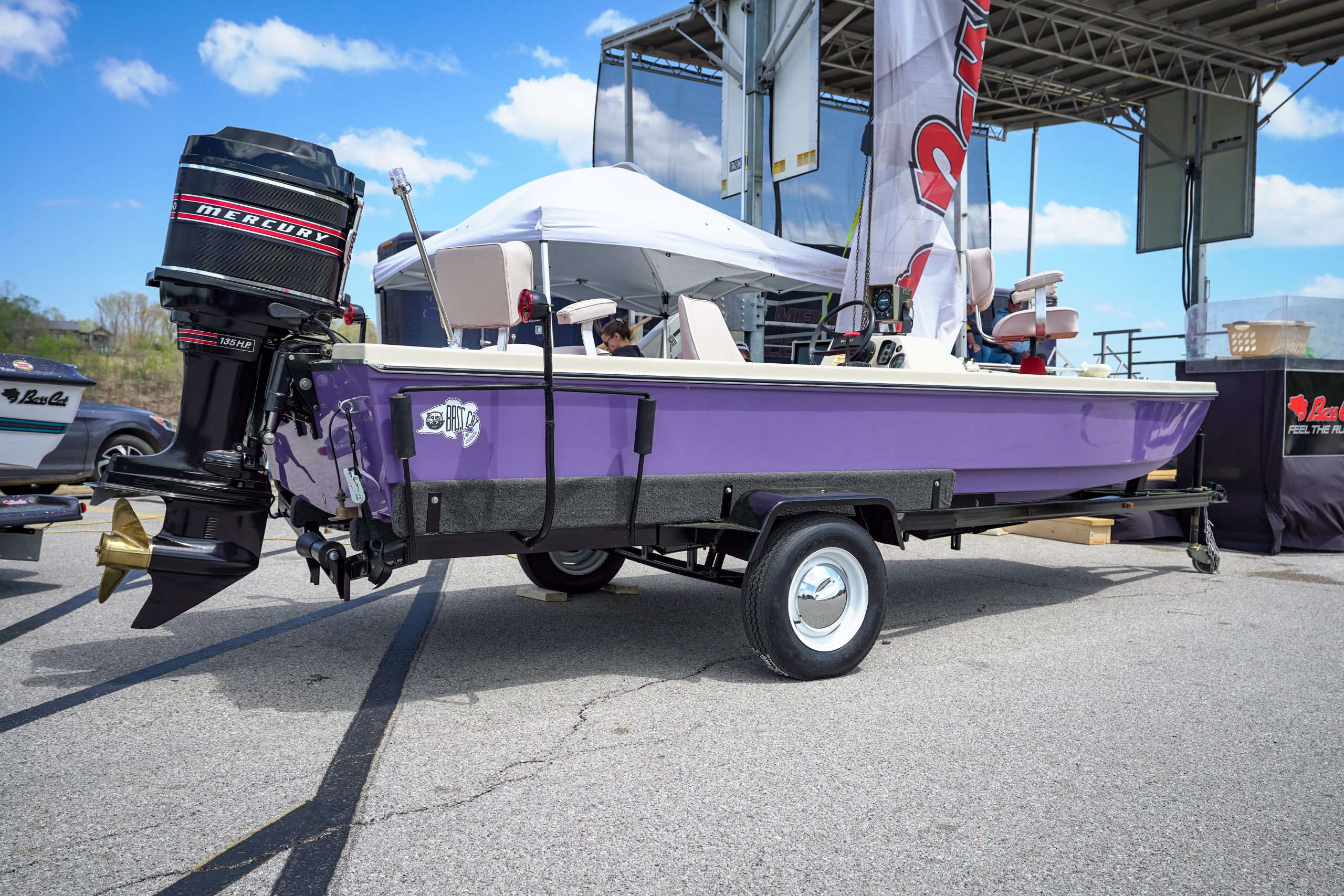 This boat was manufactured by Ron Pierce and operated for approximately 3 years prior to resale. Hubert Parnell assisted in the build. The boat is in original condition and was restored at the factory. The hull, deck and console are the original parts. Restoration was started right after possession. The seating had been saved for a restoration and was in storage for over 45 years. The carpeting is the original carpeting that was also stored and saved for 50 years. This is the original carpet color in this boat. All parts are from that era or are the original parts. A full inside out restoration was done, while the boat was in operable satisfactory running condition at the time of restoration. The hull restoration was 75% completed prior to Correct Craft, by Bass Cat staff and was completed by the staff.

The engine is mechanically original and is operable, with the original trigger ignition. It was purchased at Midland Marine in August of 1971 and was manufactured in 1970. The engine was restored by Tom Smyth of West Palm Beach, Florida. The engine has never been rebuilt internally and head bolts have never been turned. It has 150 PSI on 5 cylinders with 135 PSI on 1 cylinder. Almost all of the parts are the original parts from this actual engine with some restoration and replacements parts exchanged. The Thunderbolt ignition has been replaced due to wiring crystallization, though was in operation at that time.

The trailer is the original Bass Cat trailer, and the very first “Bass Trail”, manufactured by Bud Erhardt at Promise Land, AR. The 3” C channel frame was repaired from damage over the years and the original cradle and fender area was intact. Some parts were replaced due to impact damage over years.

The first dealer sale of this particular boat was to Killbuck Valley Sport Center, located in Indiana. The boat was found in January 2012 and returned to Mountain Home from Springfield, Missouri, where Gerald Fleming had owned it. His family had enjoyed it on Table Rock Lake for several years.

“We thought it was gone,” Ron Pierce said. “The last we heard, we were told it had burned in a barn fire in Indiana. I can’t believe it has the original engine. We are very glad to get it back.”  Everyone was all smiles at the 2012 Owners Invitational when an exchange was made for a new 17’ Margay and Bass Cat trailer, with a new 115 Mercury.

This first Bass Cat boat has been granted use to Correct Craft, as Bass Cat, for as long as Bass Cat chooses. The restoration was completed inside of the facility. It will be passed on from dealer showroom to showroom across the USA and stored inside until a date in the future. It will always remain the property of the Pierce family and retained for the open use of Bass Cat. It is not for sale and remains virtually priceless as there is no viable estimated value. Value of the product including exchange and restoration process is estimated at near $100,000.

Bass Cat Boat #2 is serial number 802 and is in the possession of Rick Pierce. That boat was produced for a family friend, Dr. Doyle Kinder who was Ron’s original partner, and had an 85 HP Mercury for propulsion. The boat was sold to Al Cornell of Promise Land and was retained from the second owner.  The #7 Bass Trail trailer and the era 1971 85 Mercury are also in Rick’s possession, all to be restored in the future. Items are stored for restoration from that boat as well. Doyle Kinder has recently passed, spending most of his later life in Springfield, Missouri.